Yes, Priyanka Chopra and Nick Jonas got married over the first weekend of December 2018, and needless to say, it sure was a big fat wedding! Here’s everything you need to know.

Priyanka Chopra wore a hand-beaded Ralph Lauren gown for the Christian wedding with a 75-foot veil. Yes, everyone saw the video of her walking the aisle with a bird’s eye view at the beautiful Taj Umaid Bhawan Palace in Jodhpur. Nick Jonas was also dressed in a Ralph Lauren suit. The video shows Nick wiping away a tear as he sees his to-be-bride walking up to him.

The couple also had an Indian wedding ceremony too, of which they shared a picture too. For this ceremony, both Nick and Priyanka wore custom looks by Sabyasachi. Priyanka was dressed in a sparkling crimson red lehenga made of hand-cut organza flowers, French knots in silk floss and Siam-red crystals. The brand posted on Instagram that “110 embroiderers from Calcutta, India, took 3720 hours to create this modern masterpiece.” Nick wore a hand-quilted silk sherwani, a hand-embroidered chikan dupatta and a chanderi tissue safa.

“I always knew I wanted a red traditional silhouette for my wedding but Sabya brought in incredible French embroidery to the mix and with incredible jewellery and Western-inspired veil it was just such an amalgamation of who I am”, Chopra told People.

The wedding day jewels included uncut diamonds, emaralds and Japanese cultured pearls in 22-karat gold by Chopard. Her necklace had over 184 karats of diamonds shaped as pears. Jonas dressed himself with a Chopard watch to the Mehendi, Sangeet and also his Christian wedding ceremony.

One of the most special things that our relationship has given us is a merging of families who love and respect each other's faiths and cultures. And so planning our wedding with an amalgamation of both was so so amazing. An important part of the pre wedding rituals for the girl in an Indian wedding is the Mehendi. Once again we made it our own and it was an afternoon that kicked off the celebrations in the way we both dreamed. @nickjonas

On December 4, 2018 Jonas captioned his wedding post on Instagram, “Happiest day of my life”, while Priyanka wrote, “And forever starts now…”.

The Engagement: Let’s start from the beginning. Rumours of Nick and Priyanka being together started after they were seen together at the 2017 Met Gala, but they officially became a couple in May 2018. It happened after a quick period of dating when Nick Jonas proposed to Priyanka Chopra in July 2018 with a $200,000 Tiffany cushion-cut diamond.

The Bridal Shower and the Bachelorette Party: Priyanka had her bridal shower at the Tiffany’s Blue Box Café and wore a white Marchesa feathered gown. Her bachelorette party was hosted in Amsterdam of which Chopra shared posts on Instagram.

The Mehendi: Chopra and Jonas had the Mehendi ceremony, a very important Indian pre-wedding ritual for the girl, in Jodhpur, India and “kicked off the celebrations in the way we both dreamed”, as Priyanka wrote on her Instagram post on December 1, 2018 that shared a couple of pictures form the Mehendi.

The Sangeet: The Sangeet ceremony, a musical evening is another Indian pre-wedding tradition, and this particular Sangeet was quite a show! Priyanka posted a video of the Sangeet on Instagram on December 2, 2018 and wrote, “Each family was telling our stories through song and dance, filled with laughter and love.”

The video showed both the celebrity families performing through dance and songs.

The Wedding Receptions: The couple hosted their first wedding reception in Delhi on December 4, 2018, where among distinguished guests, the Prime Minister of India also graced the occasion with his presence, and Priyanka thanked him through her Instagram post. Their second wedding reception was hosted by Priyanka’s mother, Dr Madhu Chopra, on December 19, 2018 in Mumbai for family, friends and the media. Their classic signature ‘NP’ logo was all decked up royally, as it has been throughout.

Their third reception (yes, there was a third reception!) was hosted again in Mumbai on December 20, 2018 for friends and colleagues from the film industry.

We are thrilled for these newlyweds and are wondering if there’s going to be a fourth reception.

Only time will tell. 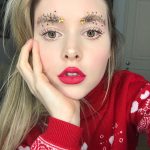 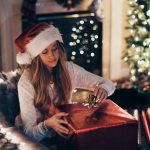