This is 32 ounces of heavenly tomato ketchup on shiny bottles with Ed on the logo (or someone who looks a lot like him), in place of the tomato that’s usually there.

Each Heinz Edchup bottle is for $5 and is open only to the residents of the US (I know, it sucks for Ed Sheeran fans outside of the US) and each resident can purchase up to five bottles only. So, you can get this at the Heinz Edchup website and people are going crazy.

All the Ed Sheeran fans would know that he loves Heinz Ketchup, so this is no surprise for them. He loves it so much that he has the brand tattooed on his arm! Yes, he has made his love for ketchup very clear. Particularly, for Heinz. Some news reports also say that he has his assistant carry a bottle of Heinz Ketchup all the time, just in case he needs some of that extra heaven in his meal.

Ed just loves, or should we say is obsessed with Heinz Ketchup? Yep, that’s the word. In fact, he draws a lot of social media attraction to the brand! Since the past five years, almost one-third of Heinz’s Instagram posts consist of Ed Sheeran tags and mentions in the comments. Now, this is huge.

In April, Ed Sheeran reached out to Heinz on Instagram in a very special way because well, he kinda always has ketchup on his mind. He wrote: “Yo @heinz I have an idea for a TV ad if you wanna do one, if not I won’t be offended, I could never be mad at you…have your people call my people. Lots of love, your biggest fan x.”

How could Heinz pass this up?

To do something really fun and celebrate this ketchup love further, Heinz and Ed Sheeran partnered right in time for National Ketchup Day on June 5th and brought to us the genius “Edchup”.

Ed Sheeran is loving this new partnership! His Instagram post on June 5 was a photo of him kissing the Edchup bottle and he wrote: 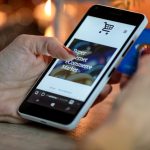 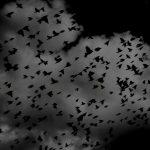