The K-pop world has taken the world by storm. Its immense popularity and profitability has made companies churn K-pop groups by the dozens. However, there are only a few that can stand the test of time and continue to be loved.

Debut in 2012, EXO is one of the most well-known faces of K-pop and has become a global icon with fans in almost every country.

Here are the top 10 reasons why they are loved and deserve their MEGA-STAR status!

EXO members are popular for their visuals. You cannot deny the fact that EXO is one of the rare groups where any one of the members can be the main visual, even without makeup! *insert fan-girl screams*

EXO has attempted almost all types of music genre with every comeback, and crushed it every single time. They are mostly known for their title tracks, but many people enjoy their side tracks too.

EXO dominates the stage and music videos with their powerful but graceful movements. These dancing machines blow our minds with every sick move!

EXO vocal line- Baekhyun, Chen, D.O, are known in the industry to have one of the best voices and have sung the OST for many dramas.

They love their fans and treat them as friends. Best example is Chanyeol, who has tattooed “L-1485” on his arm, which is the day EXO’s fandom EXO-L” was born.

EXO has been volunteering and donating to charity even before their debut, specially Sehun, though most of their charitable works are done in secrecy. Once, they even donated all profits from their winter album to the “Smile for U” campaign.

Only EXO-L will know the tough times EXO have gone through. With three members leaving the group, EXO had a tough time but they came back stronger and have strengthened their friendship. They are always supporting each other’s individual activity and always makes sure that they are there for each other.

And the most important trait of EXO – the main reason why their fans stan them is because of their humble and kind-hearted nature. They have always been praised by other K-pop idols, actors, staff, and fans for their kind-heartedness. 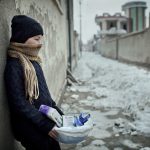 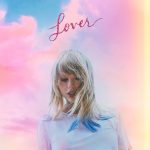