Been a legit Swifty since Teardrops on my guitar, and I have been through all of T. Swift’s phases along with her albums. Like a true Swifty, I frantically look for clues on her social media account – “easter eggs” we call them.

Here is everything you need to know!

Like this album couldn’t be more different from her dark, twisted Reputation era, this album is soft, romantic and drowned in pastels! An easter egg in her music video “ME!” featuring Brendon Urie, revealed that this new album is called LOVER! Bring it on Tay!

Take your pastel highlighters and mark August 23 on your calendars, because that is when Taylor drops LOVER!

THE ALBUM ART IS EVERYTHING WE WANTED AND MORE

There will also be four collectable CD versions of Lover that will each feature their own liner artwork, designed in collaboration with designer Stella McCartney.

IT IS ALREADY BREAKING RECORDS

Pre-orders for the album are available here and it’s already breaking many records. “Lover” is now the #1 album on Amazon Music US, despite not even being released! The album has also surpassed 200 Million streams on Spotify despite having only 2 songs out there.

For many years, Taylor has been known for keeping her lips sealed when it comes to her personal political beliefs. But, over eight months back, she broke her “political silence” and endorsed two Democratic candidates running in the Tennessee midterm elections. “I definitely think there are political undertones in the new music I made,” reported Taylor during an interview with German outlet DPA.

What is better than one Taylor Swift song? It is 18 Taylor Swift songs! This is the most amount of songs Taylor has ever had in one album. In addition to the 18 tracks, the special deluxe albums will include two audio journal recordings. Thank you Tay!

Read: What Exactly Is “The Shiggy Dance” And Why Is Everyone Doing It? 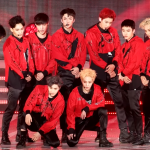 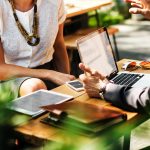