It all started on June 29, 2018 when Drake released his new album Scorpion, and the famous 25-year-old Instagram celeb, Shiggy (@theshiggyshow) posted a video of himself dancing to “In My Feelings”, one of the tracks from the album. He called it #DoTheShiggy and since then it has become the internet’s latest dance challenge craze.

This dance challenge has been flooding Instagram. Everyone, literally everyone, is obsessed with #DoTheShiggy. Not just normal fans of Drake but even celebrities are all about #DoTheShiggy!

The challenge has been going around for a while now and it has taken various forms from jumping out of a moving car and dropping those moves on the road to the top of the Chain Bridge in Budapest where Will Smith proudly gave away his moves while drones caught the action in the video.

Shiggy’s original dance video clip has been rated up to over 5 million views and counting, while many more celebrities and fans across the globe have been following the new dance tradition that has been somehow formed around the song “In My Feelings”.

“Everyone knows Ciara’s a dancer, but you [haven’t] seen her dance in a while. I was like, ‘Oh, snap.’ To see her dance to something that I helped start is great and having her husband Russell [Wilson] in the background all calm, it made it funny and cool at the same time.”

When you and Bae #DoTheShiggy On Top of Cape Town on ur #Honeymoon. @DangeRussWilson #InMyFeelingsChallenge

“I was in shock. When I watched the video, I was like, ‘Hold on. What is he doing?’ I like the fact that he made it a production, he made it a big thing. He had the drone, he had the selfie camera and somebody shooting it. He put a lot into it; it was exciting.” 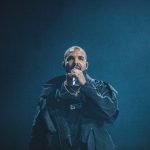 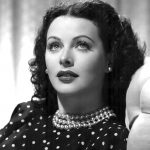