Kylie Jenner, 20 years old is famous personality of social media and have a massive fan following. She runs a successful cosmetic company. Recently she gave birth to a daughter and social media was thrilled of the announcement. She named her daughter Stormi Webster.

She posted a picture of her daughter on Instagram. Stormi was holding Kylie thumb with a caption “Stormi” but later caption with changed to Stormi Webster.

Webster is the surname of the Stormi’s father Travis Scott. Travis Scott is rapper stage name but his real name is Jacques Webster.

The picture has become most likes picture on Instagram with over 16 Million likes. 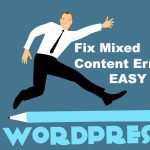