Hollywood has been remaking classics with fancy digital technology. Disney is hopping on to the next level of awesomeness with the “live-action” remake of the 1994 classic The Lion King. The first trailer of the movie was released over the Thanksgiving holiday and it is blowing minds away with the amazing advanced technology used and the realistic feel of the classic! With over 224 million views within the first day of the trailer release, the movie is sparking wonder all over the globe about how real it all looks.

The popping thing about The Lion King live-action movie is that it clearly shows how technology has grown so much in the past 90 years, since Disney’s existence.

The first live-action remake that Disney did was Cinderella. It used humans at the centre of the story for CGI or motion capture creatures to orbit around. Even 2017’s Beauty And The Beast used similar features and technology.

But The Lion King is far from those remakes. Cinderella had it easy to pass off the CGI as the cast was played by humans. Even in Beauty And The Beast, Dan Stevens opted motion capture to play his role as the Beast.

The cast of The Lion King is completely made of animal characters. But these are not real animals. There is no real cub playing the role of Simba, nor did animal trainers get the zebras, giraffes, hyenas to play their parts. The movie is created via a technology called photorealistic computer-generated animation, which has come into being in this decade. Talk about painted pixels looking as good as real animals!

Jon Favreau, the director of The Lion King remake (which stars Donald Glover, James Earl Jones and Beyoncé Knowles-Carter), has walked down this road before, with his update of The Jungle Book.

As one of the first high level photorealistic CGI releases since its invention, this film will set the trends for what CGI can do in the future, and is all set to blow everyone away. 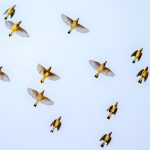 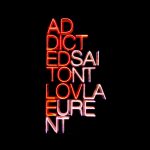