We are a world obsessed with two things: Money and Celebrities. If we combine the two together, what do we get? A list of the highest paid stars in Hollywood!! According to Forbes List of World’s Highest Paid Actors in 2015, Hollywood’s highest paid actors are:

Yeah you got that right!! The Iron Man is the highest paid actor in Hollywood at $80 million.

Known for performing his own stunts in most of his movies, we have the martial artist and action comedy actor Jackie Chan at No.2 with $52 million.

This man who played the role of Dominic Toretto to perfection in the Fast and Furious series is No. 3 with $47 million.

The Hangover and Silver Linings Playbook actor is at No. 4 with $41.5 million. He was earlier holding the No. 3 position last year.

We couldn’t be more surprised to see Adam Sandler on this list not having seen him for a while, but here he is at No. 4 with $41 million. Crazy, right?

Tom Cruise makes an appearance at No. 5 with $40 million. Looks like the Mission:Impossible star is still going strong.

6. Mark Wahlberg
Mark Wahlberg made quite a money with his movie TED. He is at No. 6 with $32 million 7. Dwayne Johnson a.k.a.The Rock

The semi-retired professional wrestler and actor-producer has slipped quite a few notches from No. 2 last year to No. 6 in 2015 at $31.5 million.

Who would have thought that Johnny Depp would be so low down the earnings ladder? He is at No. 7 with $30 million.

Another surprise is Leonardo DiCaprio as No. 8 on this list with $29 million. He too seems to have slipped down from No. 4 last year to No. 8 in 2015.

Channing Tatum is at No. 9 with $29 million. Maybe Quentin Tarantino’s “The Hateful Eight” did wonders for him.

Even Gods need money to maintain their lifestyle here on earth and hence we have Thor, Oh sorry, Chris Hemsworth at No. 10 with $27 million. Even he seems to have slipped quite low on the earnings ladder from No. 5 last year to No. 10 in 2015.

The Forbes List is calculated on the basis of estimated earnings from June 2014-June 2015. The list does not contain all the other actors from Hollywood who made it to the Forbes List of Highest Paid Actors in Hollywood since we have chosen to focus only on the Top 10 highest paid actors. We will also be bringing you a separate list of the highest paid Hollywood Actresses very soon. Stay tuned!! 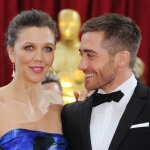 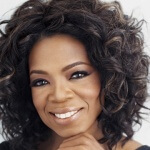