Yep, it’s true. It was just an egg. A small brown egg. That’s all it took to rile up Instagram land.

Now to break the news (believe it or not), this little brown egg has taken over the Instagram world, folks! It beat the “Keeping Up With The Kardashians” star Kylie Jenner’s record for the most-liked photo.

This picture of an egg was posted on January 4, 2019 and was captioned: “Let’s set a world record together and get the most liked post on Instagram. Beating the current world record held by Kylie Jenner (18 million)! We got this.” And the hashtags #LikeTheEgg #EggSoldiers and #EggGang were used. The Instagram account name isn’t that humble too. It’s “world_record_egg”.

Way to fuel the fire, man.

Jenner’s post about the birth of her daughter, Stormi Webster on February 7, 2018 had been the post with the most likes with 18 million on its side.

No one is sure of how this account came up and how the post has become viral enough to beat Jenner’s world record and stack up over 50 million likes for itself. And it only took the egg about ten days to beat Jenner’s record. It’s crazy!

This little brown egg has taken over Kylie Jenner on Instagram and it is confusing the world. It has threatened Kyle Jenner and it sure ain’t pretty for her. She seemed quite frustrated about it when she posted a video on Instagram where she cracked open an egg and actually tried to fry it on the hot concrete in Los Angeles. It looked like she wanted to avenge the attack on her Instafame. She captioned her video “Take that little egg”, and we can only feel sorry for that poor egg that was in no way involved in this weird battle of Instafame. Sadly, it had to be sacrificed.

In about 5 hours or so, more than 11 million people had liked Jenner’s little revenge video.

This egg has definitely proven to us that anything can happen in Instagram land, or the social media land, if you may. Something as simple and ordinary as an egg can just take over and be the “world_record_egg”. And it was not even a video of a fancy recipe of an egg or it being scrambled or painted on like an Easter egg. It was a little brown egg with a plain white background. That is it.

Well, what can we say, Instagram land is full of surprises. 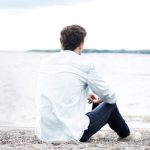 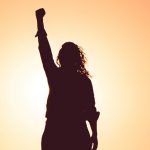