The ballpoint pen was invented by Laszlo Biro in 1938. Biro, a Hungarian-Argentinian journalist, was frustrated with the fountain pens of the time because they required constant refilling and would smudge. He developed a design that used a tiny ball bearing in the tip that rotated as the pen was moved across the page, drawing ink from a reservoir and onto the paper. This design eliminated the need for constant refilling and reduced smudging. Biro’s pen was first manufactured in Buenos Aires in 1943 and was later licensed for production in other countries. The design was later improved upon by other manufacturers, and the ballpoint pen became widely popular in the 1950s and 1960s.

Bic is one of the largest manufacturers of ballpoint pens in the world. The company was founded in 1945 by Baron Marcel Bich in Clichy, France, and began manufacturing pens in 1950. Bic’s pens are known for their affordability and reliability, and the company’s pens are popular around the world. Bic has manufacturing facilities in several countries, including France, the United States, Mexico, Brazil, Argentina, and India. They produce a wide range of writing instruments such as pens, pencils, markers and mechanical pencils, and other stationeries. Bic also holds a substantial market share in writing instruments industry and is considered as one of the leading company in the field.

Ballpoint pens can be good for handwriting, but it ultimately depends on the individual user’s preferences and writing style. Ballpoint pens use a small ball bearing in the tip that rotates as the pen is moved across the page, drawing ink from a reservoir and onto the paper. This design allows for a smooth and consistent ink flow, which can make writing with a ballpoint pen feel more effortless and natural than writing with other types of pens.

Additionally, ballpoint pens are not as good for handwriting as fountain pens, for instance, because they tend to write more narrowly and with less flexibility, which can make handwriting appear more cramped and less legible.

Overall, whether or not ballpoint pens are good for handwriting depends on the individual user’s preferences and writing style. Some people may find that ballpoint pens are comfortable and easy to write with, while others may prefer other types of pens. 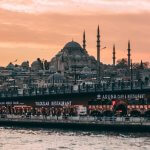