Don’t we all love Harry Potter? I don’t know about you but for me, I love it mainly because of all the magic. Every time I watch Harry Potter on the television, I wish the magic was real. Well, at least some of the spells. Imagine if they could work in real life! How awesome would that be! It would be like Hogwarts coming to life. Just amazing.

I can already see myself holding a wand casting spells to add a little more color to everything around me and live the BEST LIFE EVER!

While it would be awesome to have all the spells come to life, there are some specific ones that could turn out to be very useful for our day-to-day living. Really.

Ah, the spell that orders any object to just get to you with a wave of the wand. All of us could use this because with our busy schedules, we tend to become very forgetful of where we keep our things. Be it our keys or phones or anything really, it is an everyday story to forget something or the other every morning. Accio will really help out here to bring whatever it is that we need right before our eyes and save a lot of time!

Imagine if you could get rid of all the embarrassing and annoying moments of your life with just the flick of a wand saying, “Obliviate!”. Not all your memories, but the humiliating ones. How amazing would that be? You wouldn’t have to live through the embarrassment of funny moments like falling down very awkwardly or bumping into a glass door. Other people would still know what had happened, but you’d be erasing the embarrassment, so it’s alright. As they say, ignorance is bliss.

Oscalausi is my favourite spell ever. In Latin, it means mouth closed. It can be super useful when you want to shut people up who just go on and on talking rubbish with no intentions of stopping or letting others speak. Or when they abuse or illtreat someone with the words that they use. Or you might want to make people shut up when they treat you like trash and keep attacking you with words that aren’t so good, bringing you down. Your bosses, maybe? (Nah, don’t try it at work. It could get you fired.) But seriously, we really do need this spell for the greater good of the world! Right?

Aslo see this: 5 Restaurants You Will Love If You’re A Harry Potter Fan 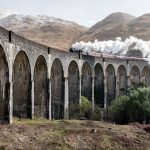 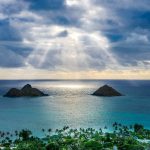