106 years after the original RMS Titanic set sail and went down in tragedy, here we are with Titanic II, a replica of the original, to set out in 2022!

The new ship will repeat the same route as that of the first Titanic, going from Dubai to Southampton on a two-week maiden voyage.

After this voyage, the ship will take trips to England and the United States over the summer, and then voyages around the world through the end of the year.

Titanic II looks a lot like the original Titanic, especially the cabin layout. It will be a luxurious ship which includes 21st century technology, to make sure that the navigation and security systems are top notch so that the fatal sinking like the one of the original ship can be prevented.

It will cost about $500 million and will accommodate 2,400 passengers and 900 crew members, exactly the same numbers as the original ship had carried.

A replica of the Titanic was first announced in 2012 but was suspended because of financial constraints. Now since the financial issues have been resolved, the owners, Blue Star Line, an Australian shipping company, announced that work on the luxury Titanic II has resumed.

“The ship will follow the original journey, carrying passengers from Southampton to New York, but she will also circumnavigate the globe, inspiring and enchanting people while attracting unrivaled attention, intrigue and mystery in every port she visits,” Blue Star Line’s chairman, Clive Palmer, told MSN.

The original Titanic sunk after four days of voyage, when it hit an enormous iceberg. More than 1,500 people lost their lives due to that terrible tragedy. Looks like Titanic II’s first voyage would be a once-in-a-lifetime experience, with all required safety and precautionary systems in place.

To top it all, the superhit movie, Titanic, is still considered one of the best romance movies, starring Leonardo DiCaprio and Kate Winslet (Jack and Rose).  Even after 20 years of its release, it constantly sets the standard high for all romantic movies.

This makes this project of Titanic II even more interesting and exciting where people want to be able to live out the classic movie in their own ways and experience the Titanic, hopefully completing the voyage and getting off on land rathe than hitting an iceberg and sinking.

Consider buying a ticket to the Titanic II, would you? 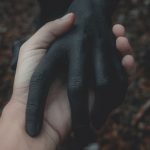 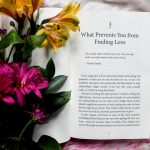