The most anticipated fight between Floyd Mayweather Vs. Conor McGregor is over. The fight was touted as the fight of the millennium and dubbed as the ‘richest fight in the history of boxing’.

Floyd Mayweather defeated Conor McGregor by a technical knockout (TKO) in 10th round. The fight was a close one, where McGregor was caught up with fatigue and could not handle the last round and Mayweather took advantage of being the more experienced player and increased his momentum to finish the fight.

Mayweather, 40 years old announced his retirement after this fight. He has remained undefeated in his entire career with 50-0 and entering into the history of boxing as a legend.

There is a saying that “in the end everyone wins” and this fight shows something like this. Mayweather earned $100 million as a signed amount which does not includes other sales, pay per view receipts etc and since the fight lasted for 30 minutes,he was making around $59,000 per second. McGregor will get $30 million as a signed amount and lastly the audience got to see the best of boxing.

As for Conor McGregor,  the 29 year old Mixed Martial Arts champion, he is still very young and has a long way to go. While he has not confirmed whether he will return to boxing in the future, we sure hope that he will return to the UFC ring for more showdown.

This picture posted on Instagram by Mayweather before the fight shows how confident he was about making a $hit t$n of money!! 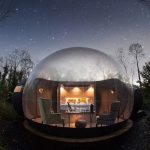 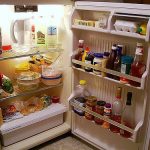