If you’ve grown up watching reality shows where they portray celebrity lifestyles and their closets, you would have seen that apart from their endless designer clothes, they would have a separate closet full of designer shoes too. Everyone has a favourite brand that they usually buy and stick to be it a Jimmy Choo or a Louboutin. Every time you would have watched those shows, I am sure you would have secretly harboured a desire to own at least one of those shoes, right? They are considered as a status symbol among these people. And of course none of them would come cheap. Even a single pair from their closet would cost more than an ordinary person’s annual income. You may very well ask why they are so expensive. The answer is simple, they are made of expensive materials and some of them even have diamonds and platinum embedded in the shoes. So many brands of shoes are out there in the market but we’re talking about ten of the most expensive shoes designer brands.

10. Gucci Gucci is a designer brand from Italy known for a variety of products. It started in 1920 by Guccio Gucci in a shop in Florence featuring his fine leather goods accessories for men and women. The Gucci brand has clothing, wallets, bags, glasses, accessories, shoes etc in its collection. Legends such as Grace Kelly, Peter Sellers, Audrey Hepburn and Jackie Kennedy helped make Gucci a household name and lent the brand the glamorous image it enjoys to this day. A Gucci shoe will cost you anywhere from $600 to $2000 and above. 9. Miu Miu Miu Miu is an Italian high fashion women’s clothing and accessory brand and a fully owned subsidiary of Prada established in 1993 by Miuccia Prada. It is headed by Miuccia Prada and headquartered in Milan, Italy.The name was conceived from Miuccia Prada’s family nickname. Miu Miu’s ballerinas start from $620 and above. The Jewel Heel sandals starts at $890 and its Sandals could cost you anywhere from $995 to $1450. 8. Stuart Weitzman Stuart A. Weitzman is an American designer, entrepreneur and founder of the eponymous international, high-end shoe company, Stuart Weitzman. His trademark use of unique materials (e.g., cork, vinyl, lucite, wallpaper and 24-karat gold) and his attention to detail garnered him and his company a global following. His shoes are sold in over 70 countries. His “Marilyn Monroe” shoes inspired by a pair of Marilyn Monroe’s earrings made out of Swarovski Crystals was worn by actress Regina King at the 2005 Oscars. This pair of shoes was sold at an auction for $1 million dollars even after replacing the original earrings with replicas!! Bizzare, right?
Next post 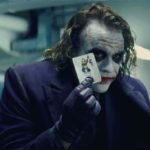 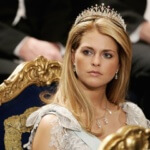