Audi is a German automobile manufacturer known for its luxurious vehicles. Since electronic cars are touted to be the next big thing, Audi doesn’t want to miss the bus and is developing its own electric car called “Quattro E-tron”. It is expected to be launched in 2018.

“Audi lunar quattro” rover is made by Audi in partnership with a group of engineers called “Part-Time Scientists”. They were also  involved in the Google Lunar XPRIZE competition. To win the $30M Google Lunar XPRIZE competition, it is required to send a privately funded vehicle to the Moon and to do a 500 meter run and to transmit high-definition video and images back to earth. The first team that successfully completes this mission will be awarded the $20 million Grand Prize. The second team to successfully complete the mission will be awarded $5 million.

“The concept of a privately funded mission to the moon is fascinating, and innovative ideas need supporters that promote them.” – Luca de Meo, Audi Board Member for Sales and Marketing.

It is announced that the 385,000 km trip to the Moon is expected to be completed with a SpaceX Falcon 9 rocket.

Well, it seems Audi is ready to compete with Tesla in electric car market but to send its vehicle they need SpaceX, which is promoted by same founder “Elon Musk”. 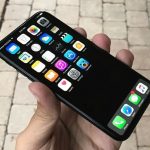