One of SpaceX’s agenda is to make space travel possible for everyone and in order to make this dream possible and one step closer, it announced a Moon loop mission.

The Company is developing Big Falcon Rocket (BFR), a reusable rocket which would be capable of going for long distance programs. The overall space vehicle architecture includes both launch vehicles and spacecraft. BFR was envisaged to be used for the SpaceX lunar tourism mission.

As stated by SpaceX, “Only 24 humans have been to the Moon in history. No one has visited since the last Apollo mission in 1972.”

It is interesting that for almost 50 years, mankind has not attempted a Moon mission. But SpaceX will soon accomplish that mission.

On 17th September 2018, SpaceX announced its first customer for the Moon loop mission. Billionaire Yusaku Maezawa, the founder and chief executive of online fashion retailer Zozo from Japan would be the first customer to experience this travel.

The rocket BFR is yet to be developed and the journey would last for 5 days. BFR won’t land on Moon but the tourists would be on a circumlunar trajectory around the Moon as space tourists. 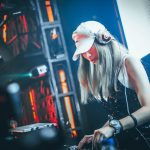 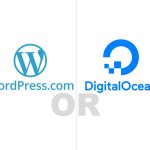