There is no place on Earth more mysterious than Antarctica; its harsh and difficult climate making it hard for a normal person to access the continent. Its icy plains are full of secrets that have been left for humans to discover and because of the vastness of the area, there are places that no human has ever set foot on.

So, we think you should know some of the most mind-blowing and also kind of insane facts about Antarctica. By the time you finish reading these facts, you will be amazed at how much secrets this beautiful place holds:

There are places in Antarctica that have not received snow in 2 million years.

You would think that a place like Antarctica would be covered in snow throughout the year but we’re sorry to disappoint you here. Around 1% of the Antarctic is permanently ice-free. These areas are the world’s most severe and cruel deserts and have seen neither rain nor snow for 2 million years! Scientists, however, are worried because it is predicted that this would soon expand by 25% by the end of the 21st Century, which would, of course, have a disastrous impact on the animals and nature out there.

70% of the world’s fresh water is in Antarctica

Has the most Meteorites

More meteorites are found in the Antarctic than anywhere in the world because the climate there is so dry and cold that there is no chance for corrosion. Also, they are obviously easy to spot in the blindingly white snow and ice.

Its largest iceberg is bigger than Jamaica

The world’s largest iceberg has its home in Antarctica i.e. Iceberg B-15. It is 183 miles long and 23 miles wide with a surface area of 4,200 square miles. That’s going to be one long helicopter ride, I guess.

An average thickness of an ice sheet is a mile

We all know that Antarctica is completely covered in a thick layer of ice. While the thickness differs from location to location, the average thickness is a mile!!

Oldest sperm in the world was found in Antarctica

Sounds strange, right? But we all know that truth is stranger than fiction. In 2015 Swedish scientists discovered a 50 million-year-old fossilized worm cocoon in Antarctica, which contained the world’s oldest sperm.

Was a tropical continent once upon a time

Hard to believe but again this is true that Antarctica was once a tropical paradise. How could that be? 52 million years ago, Carbon Dioxide (CO2) concentration was twice as high as it is today and the climate was much warmer. But who knows what the future holds? The continent could well return to becoming another tropical paradise in a few hundred years even as the CO2 emissions continue to rise.

It even shifted Earth’s gravitational pull

The effects of climate change are so severe that it is even causing gravity to change. The loss of ice that the Antarctic suffered in only three years even led to the Earth shifting its gravitational pull.

300 large lakes under the ice

There have been more than 300 large lakes that have been identified under the Antarctic ice. Thanks to the warmth coming from the Earth’s core, these lakes do not freeze. One can only imagine the number of undiscovered creatures that could be residing in these lakes!!!

Has the record for the lowest surface temperature on earth

The lowest recorded temperature ever in Antarctica is -98 °C (-144 °F). Even at minus one degree, we tend to complain about the cold but imagine those people living at -98°C and how they survive these harsh conditions. 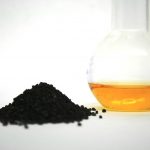 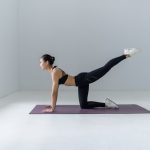