You would be surprised to know that only 5% of the ocean has been explored till now and which leaves 95% of water unexplored. You can imagine what is stored in these undiscovered water territory. Till now also we get to know new species which are available in the depth of oceans.

The creatures which oceans hold are unimaginable since we are only familiar with popular species like dolphins, whales, sharks, etc.

Let take a dive in to find out some deep sea scary creatures that might shock you:

#1. Anglerfish: It is a bony fish named for its characteristic mode of predation, in which a fleshy growth from the fish’s head acts as a lure for other fish. The Anglerfish look like fish who has inbuilt bate system to catch its prey.

#2.  Red-lipped batfish: This fish is mainly known for its bright red lips and found near Cocos Island off the Pacific coast of Costa Rica. As its name is Red-lipped batfish, this fish got a lot of red lipstick, fashion-conscious? but look a bit scary.

#3. Ribbon Eel: The ribbon eel is a creature bearing a resemblance to a mythical Chinese dragon with a long, thin body and high dorsal fins. It feels a bit nauseating to look at its body movement or rather hypnotic.

#4. Pink Sea-Through Fantasia: Due to its bizarre appearance, the genus has been dubbed the headless chicken fish, headless chicken monster, and the Spanish dancer. This deep-sea creature definitely looks like some monster from an alien movie.

#5. Sarcastic Fringehead: This is small fish but has a very aggressive behaviour to showcase its dominance on others. They are generally brown in colour. This deep-sea creature looks like Velociraptor (dinosaur).

#7. Salp: Another fish that is transparent. The salp strains the pumped water through its internal feeding filters, feeding on phytoplankton. It does a good job but sadly not we would love to feel it.

#8. Northern Stargazer: Stargazers have a flat forehead with a lot of body mass up front near the mouth.

#9. Goblin Shark: When they are feeding their jaws dramatically extends. This makes it scarier.

#10. Black Dragonfish: This fish is called Idiacanthus atlanticus. It structure is mix of a snake and dragon.

#11. Pelican eel: The pelican eel’s most prominent feature is its large mouth, which is much larger than its body. Pelican eel is found in deep-sea and rarely seen by humans.

#12. Chimaera: It is also known informally as ghost sharks, rat fish, spookfish or rabbit fish. Today, they are largely confined to deep water.

Also see: 5 Exotic Animals That You Can Have As Pets 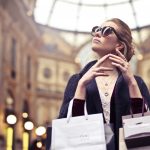 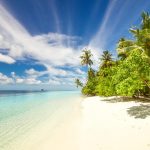