For all the Harry Potter fans out there, you obviously try to incorporate the Potter theme in most of the things around you. There are tons of Harry Potter themed merchandise out there and a lot of magical recipes that you could cook up in your kitchen.

If you did not know already, there are also various restaurants that perfectly fit a Harry Potter theme!

Giving you five such enchanting restaurants through Canada, Mexico and the United States.

Pasta Wiz serves organic pasta in Manhattan and Brooklyn. As far as the cuisine is concerned, it is not exactly Potter themed, but the interiors do make you feel like you’re in Hogwarts, with the hanging chandeliers and the wrinkled Sorting Hat.

Bad Owl Coffee creates a Harry Potter environment with its name alone. They have a variety of coffee like a Butter Brew Latte and Kyoto cold brew, with a Wizard Meltdown (a three-cheese grilled cheese with tomatoes and avocado) to munch on. Check out their amazing Honeysuckle Cortado on Facebook –

Universal Orlando Resort lets you submerge in all things Potter at The Wizarding World of Harry Potter, the two lands at Universal’s Islands of Adventure and Universal Studios Florida theme parks. You do need tickets to get in, but it is worth all the money you pay.

At the Universal Studios Florida, there’s The Leaky Cauldron which is modelled after the inn and pub where Potter stays in “Harry Potter and the Prisoner of Azkaban”.

Here’s an Instagram upload of a Leaky Cauldron, Diagon Alley – 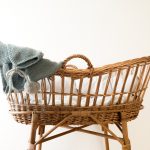 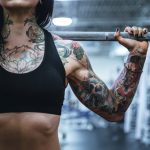