Do you overthink? To a point where it loses all connection to the initial thought and takes a crazy turn into my imagination, diving deep into the “what ifs”?

Yes, overthinking is unhealthy, and it takes away a lot from you, even before anything actually happens. That’s the point – the brain takes you to a situation where so much has already happened in your head and sometimes, there is no turning back. It becomes like a whole another aspect of your world, with you and your thoughts.

This affects your lifestyle and has the capacity to make things bad for you because you are constantly in your thoughts – scared that they will overpower your actual world and everything will come crumbling down.

One main reason why it takes away your joy and peace is that IT IS ALL IN YOUR HEAD. You never act on situations when they seem to be getting out of hand and you let your thoughts take the driver’s seat. And then, we all know where it is headed.

Here are 4 astrology zodiac signs who are said to overthink. Hopefully not as drastically as the picture painted above!

Aquarius is the kind of person who sits up late at night and thinks “deeply” about all the things that happened during the day. They won’t sleep unless they get the past day all figured out in their head, according to the facts and proceedings of it. They are not emotional thinkers, so they think literally, but very deeply.

For them, each and every detail of every little thing needs clarification and overthinking. Initially it feels like they are just being thorough with all that is going around them, but then it gets very annoying. They overthink at a level where all things need to be considered with how they are feeling about them and that is why take a lot of time to understand some things. They have their heads in the clouds like almost all the time.

Their brains never stop running. They wallow in their thoughts – emotionally and soulfully. Since they are beings that are very emotional, if something happens that is very heartfelt, they need a lot of time to absorb and understand. Cancer likes to go thorough everything of that emotional event, every word, every meaning, think it over in their heads millions of times before they actually say or do something about it.

Scorpio will take something you would have said to them 6 months ago and ask you what you meant by it. That’s how they are. They take every little thing to heart and it all stays there for a really long time – figuring out things like why were those things said in that particular tone? What did that person actually mean by saying that? You may not even mean to say something in a particular way but it just comes out like that, and you’ve got Scorpio thinking. For hours and hours together. Sometimes, days. 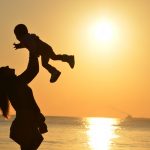 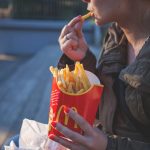