Graham is just like any other human being but he differs from us in one big way. He is the only person who can survive a car crash. He was created by Patricia Piccinini, a world leading sculpture, as well as a trauma surgeon, and road safety engineering for the TAC (Transport Accident Commission) as part of their new road safety campaign. Graham has been modified extensively to show how we would have to look like in order to survive a car crash.

Graham’s physical feaures doesn’t have a neck because they tend to snap easily in car accidents. He also has a flat, fleshy face to protect his ears and nose. And those extra nipples that you can see, they’re to protect his ribs like a natural set of airbags. Also while Graham’s brain is the same size as ours, he has a much bigger, thicker skull in order to protect it.

So you think you don’t look like Graham? Well, that’s because Graham is unique, to make people think twice the next time you’re behind the wheel of a car. It would take a miracle to come out of a car crash unharmed. 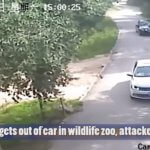 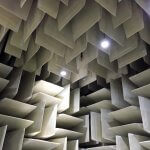