Why only watch Game of Thrones on TV when you can play the game too! Yes, a Game of Thrones Monopoly game is coming out, scheduled for release in January 2019. Now, while you watch the greatest battle for the Iron Throne, you can witness your very own dynasty warfare and family secrets with this new game.

This special Monopoly comes as a result of the partnership of HBO and a toy company, Hasbro, which recently came out with game, Monopoly for Millennials.

The features of the Game of Thrones Monopoly game come directly from Westeros. The game pieces are inspired by the Great Houses’ symbols. Players will be able to purchase properties throughout the Seven Kingdoms with Gold Dragon and Silver Stag coins. The game also asks players to build epic fortresses and castles, which requires them to ask for money from the Master of Coin rather than a banker.

Hold on, this game gets even more interesting. The Game of Thrones theme song plays from an Iron Throne-shaped card holder as you play along! This element of music in the game makes it extraordinary as it is the first time an official Monopoly set has included music in it.

The game does not come out until January 2019, but you can pre-order it on GameStop or Amazon. As you excitedly look forward to the final season of GoT, Game of Thrones Monopoly will totally make it worth your wait.

To drive the impatience even further, HBO confirmed through a promotional trailer that the show will return in April 2019. Entertainment Weekly released an issue with a brand new cover photo of Jon Snow (Kit Harington) and Daenerys (Emilia Clarke) huddled together against an icy backdrop.

Coming April 2019 Game of Thrones Season 8 will premiere on HBO.

Speaking to Entertainment Weekly about the eighth season, co-executive producer Bryan Cogman said, “It’s about all of these disparate characters coming together to face a common enemy, dealing with their own past, and defining the person they want to be in the face of certain death. It’s an incredibly emotional, haunting, bittersweet final season and I think it honors very much what [author George R.R. Martin] set out to do — which is flipping this kind of story on its head.”

Every battle.
Every betrayal.
Every risk.
Every fight.
Every sacrifice.
Every death.
All #ForTheThrone. pic.twitter.com/WReVt473SH

While there is still some sitting around to do for the eighth season of GoT, hosting Game of Thrones Monopoly parties at home sure sound like a lot of fun! 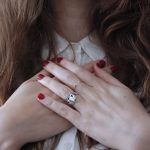 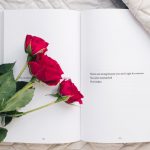