These are not just your regular fun facts, these are actually INTERESTING! So get ready to expand that knowledge of the weirdly fascinating information in your head.

Here are your unknown weird facts!

# 1: A donkey sanctuary in Canada shows us how four-legged animals should wear their pants

Big Ben is one of the animals at the Donkey Sanctuary of Canada, who had been suffering too many bites from flies. To protect his legs from the bites, a volunteer at the sanctuary designed these pants. Aren’t they cool?

Well, as they say, its all about the sugar! Regular soda cans use corn syrup for sweetness, which has higher density than artificial sweeteners that are used in diet sodas. There’s the science. Now go try it!

# 3: A bag of chips will puff up at high altitude places

# 4: The word “snack” originates from dogs stealing food through history

During the 1400s, if a dog took away some food from a person’s plate, it was said that the dog “snaked”. The word “snaked” is a version of the Middle Dutch word “to bite”. Slowly with time, the word “snack” started to be used for any small portion of food. 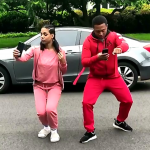 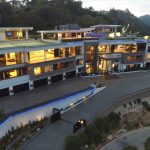