This is for the beach enthusiast and sea surfers. Beaches are nice for vacation or when you want to spend time alone and just enjoy the seashore. Every beach holds some special place in everyone’s mind and especially for beach people, visiting their favourite beach is a treat for them.

Let see the largest beaches in the world and find out how many of them you have visited. And if you have not visited them yet, then it can be your bucket list.

It is considered to be the main surfing spot in Cape Town. Muizenberg has a fine, long beach that in effect stretches all the way around the top of False Bay to the Strand. False Bay, known for its population of White Sharks, also has a shark watch service that operates from Muizenberg, signalling alerts when sharks come in proximity of bathers at the main beach and surfers at Surfer’s Corner.

Long Beach is a city in the US state of California located within the Los Angeles metropolitan area.

Virginia Beach is a resort city with miles of beaches and hundreds of hotels, motels, and restaurants along its oceanfront. The city is listed in the Guinness Book of Records as having the longest pleasure beach in the world. It welcomes more 2.75 million visitors yearly.

its official name is Te-Oneroa-a-Tōhē. This beach is official a public highway and located on the western coast of the far north of the North Island of New Zealand.

it is a national seashore located on Padre Island off the coast of South Texas.North Padre Island is the longest undeveloped barrier island in the world.

The beach in Cox’s Bazar is sandy and has a gentle slope and it is famous mostly for its long natural sandy beach. It is often termed the “longest natural unbroken sea beach” in the world.

The Ninety Mile Beach is a sandy stretch of beach on the south-eastern coastline of the East Gippsland region of Victoria in Australia.

This beach is the longest uninterrupted sandy seashore in the world. Measuring it to approximately 254 kilometres (158 miles).

Also see: Find out which is the tallest waterfall in the world 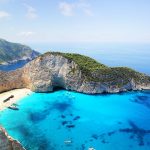