Bridges are often thought of as connecting one point to another. But sometimes they are more than just that. Some of these man-made marvels around the world surprises us in a way we wonder how it can be even built. The engineers who built them have been quite creative in designing and building these bridges not just to solve traffic issues but also aesthetically.

Lets take a look at some of the most stunning and amazing bridges from across the world.

1.  Marquam Bridge in Portland, Oregon.  A double deck cantilever bridge made of steel truss, Marquam Bridge carries Interstate 5 traffic across the Willamette River in Portland, Oregon. The upper deck carries northbound traffic; while the lower deck carries southbound traffic. The cost of building this bridge was $14 Million and was built by the Oregon Department of Transportation in 1966 and is considered to be the busiest bridge in Oregon.

2. Laguna Garzon Bridge located in Garzón Uruguay. Famous for its circular shape, the bridge was made this way so that drivers slow down at the bridge and pedestrians can also access the bridge. Quite thoughtful. It was built in 2015.

3. João Gomes Bridge in Funchal, the capital city of the Portuguese island of Madeira. Built in the year 1994, it is wedged between two tunnels on the island of Madeira and is located in a deep canyon that is a nearly picture perfect setting for a high bridge.

4. The Chesapeake Bay Bridge–Tunnel (CBBT) in Commonwealth of Virginia.  It is a 23-mile (37 km) structure that functions as both a bridge and a tunnel. In April 1964, the bridge replaced the ferry service which was used to connect Virginia’s Eastern Shore and the Norfolk/Virginia Beach area. What is unique about the Bridge-Tunnel is the number of different types of structures it includes. It is famous for its tunnel which is 1.6 km long.

5. Katy Freeway, Houston. Also known as Interstate 10 (I-10), this 26 lane interstate is 1,420 km long and is located in the US state of Texas. Many have claimed it to be the world’s widest freeway.

6. Eshima Ohashi Bridge in Japan. Built from 1997-2004, it is a rigid frame bridge and the third largest rigid frame bridge in the world. A bridge that looks more like a roller coaster than a road, it can put even the best drivers’ skill to the test.The bridge is a two-lane concrete road which rises so sharply, that even the bravest drivers fear for their lives, featuring a ridiculously steep slope that allows ships to pass underneath it.

7. Mohammed VI Bridge in Morocco. It is popularly known as Morocco bridge and currently known by the name of the King of Morocco. The marvelous structure is 41.5 Km long. 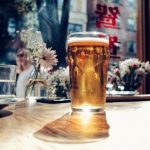 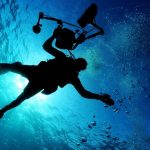