Some of us see drinking beer as bad habit despite of it having many health benefits. Well we won’t recommend anybody to start drinking beer. Most beer drinkers just drink beer for fun,,relaxing or to have refreshing feeling.

University of llinois Study conducted a study on 40 men on their ability to solve problem or brain teaser. The study found that the men who men who has beers were able to solve the 40% more problem as compared to other men who didn’t had beer.

Psychologist Jennifer Wiley stated that “We found at 0.07 blood alcohol, people were worse at working memory tasks, but they were better at creative problem-solving tasks.”

She also stated that “We have this assumption, that being able to focus on one part of a problem or having a lot of expertise is better for problem solving,”. “But that’s not necessarily true. Innovation may happen when people are not so focused. Sometimes it’s good to be distracted.”

So sometime distraction is also good because it helps you to not to focus on things which are stopping you.

Did you also know that having a beer in shower will make you more creative. Yes, this true to some extent. The fountain of creativity flows from the hormone called dopamine. This hormone given your motivation and control the brain pleasure center. So you must be thinking how is beer related to this. When you take shower, you body feels good and relaxed and if you take some beer at that time. Your body releases the happiness hormone which ultimately makes you more creative and motivated to do greater things in life.

Apart from above, beer is recommended by doctors when you have kidney stones, which helps to stone to flush out. The beer has interesting health benefits like control diabetes, prevents anemia, delays aging, increase bones density, improves digestion etc. Have you ever tried washing your hairs in beer ? try it. It will make you hairs lushly shiny.

As said, earlier we are not encouraging to start drinking beer, if it can make you creative then it can also make you alcoholic. So its your life, take wise decision to lead a responsible and good life. 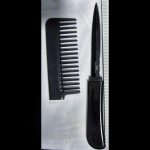 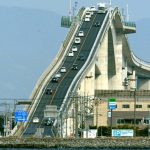