Are you a morning person or a night owl? Or maybe an insomniac?

Your sleeping pattern is all about your sleep chronotype, which is actually an internal clock in your body that drives you to sleep or wake up at different times of the day/night. Bet you did not know that. You’re welcome.

So, there are four different types of chronotypes when it comes to our sleep patterns – bear, lion, wolf and dolphin. If you don’t know what your sleep type (chronotype) is, then go on and take this test to find out!

Once you know your sleep type, you can use it to your advantage by adjusting your daily routine according to your sleep pattern and squeeze out maximum productivity from your day! So this way you are up and active during the day and get good sleep at night. There’s no war between you and your sleep. Win-win, right?

About half of the world’s population are bears. They generally like to sleep for about 7-8 hours in the night and don’t find it so hard to wake up in the mornings, except that they laze it out a little.  Typically, Bears like to escape clashes and disagreements and look for happiness everywhere. That’s a good thing.

Lions don’t even need an alarm clock in the morning. They are up even before their alarm can have the chance to do its job. But studies suggest that around noon, their strength for the day starts dropping. Lions are known to be those who love engaging with people and will prioritize an early start to their day to be more productive.

Wolves are very bad at being morning people. They just can’t seem to get out of bed and when at work, they can’t concentrate because they don’t hit their peak energy until 5 PM. Statistically, a 9-5 job is just not designed for a Wolf.

Dolphins consist of only 10 percent of the population and are mostly insomniac. They are very light sleepers and are known to be owls who seek perfection. Their minds are always working and to get them to stop is a huge task. Mornings are tired for the Dolphins and it is only until late evenings that they are all charged up, ready to work their magic. It’s like their creative world comes to life at a late hour.

So, which one are you? 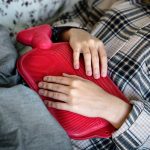 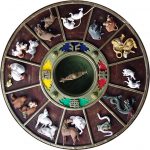