Samsung Galaxy S8 is due for its launch and speculations, rumors about the flagship phone are already in the market. Samsung Galaxy S8’s success is very important for Samsung because of the damages caused by Galaxy Note 7 series’ burning events.

Samsung still holds quite a share in the smartphone market and this time they want to keep no stone unturned to make up for the damage caused to its reputation by the Galaxy Note 7 series. The leaked images of the phone from a Chinese website, shows better screen coverage than earlier phones and very less bezel with screen curved both sides or dual-edge curved display.

The image shows that there is no home button and finger print sensor is also missing.  Butl this is not the final picture of the phone and just a prototype of the phone.

Rumors are that the phone may come in two variants 5.1-inch and 5.5-inch sizes having 4k display, 8 GB ram, powered by Qualcomm’s Snapdragon 835 processor  and no 3.5mm headphone.

Another image of the phone has been surface, this one is pretty clear. The phone look so cool, with almost no bezel. The phone will be having new Samsung virtual assistant developed by Original creators of Siri. 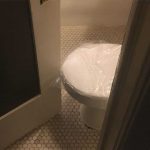 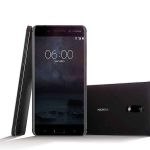