Crushes are inevitable. You develop them all the time. But what should you do if you’re in a relationship and develop a crush on someone else? Does it make you a bad person? Does it mean you’re cheating on your partner? How do you deal with it?

It can definitely be confusing and frustrating. Lucky for you, here are 8 women in relationships, pouring out knowledge for such a situation in a recent Reddit AskWomen thread.

Hope you get what you’re looking for.

“Yes, I was in a happy long term relationship so I was kind of confused by it. I mostly allowed it to be a fantasy but I monitored myself closely to make sure I didn’t take any actions for it to become more than that. It mostly passed after a few months.”

“I get crushes all the time and I’m married.”

“Yep. Broke up with my boyfriend (for various reasons not just this) then acted upon said crush”

“Yes. I ended up cheating the person I was seriously involved with. It wasn’t worth it.”

“I was already kind of over my SO at the time. When I got a serious crush on another guy, I realized my relationship was fully over and broke up with him. Not for the other person, but to figure out what I really wanted and to take time for myself, since I obviously wasn’t happy. It worked out well. Stayed single for a couple years then met a wonderful man who I’m absolutely happy to share a home and life with.”

“I ended my relationship to give me space and time to see if what I was feeling for the other person was worth pursuing. Either way, being seriously interested in someone else meant that the relationship I was already in had to end.”

“I had a crush on a guy since high school so for over 15 years. I’ve been with my husband for 14 years, all while having a crush on him. I never acted on it and then it just went away one day. The crush was an idea of who the person was I wasn’t actually in love with them, the more I got to know my crush the less of a crush I had on them. The longer I’ve been with my husband the more my love for him grows. I would never give up the love that I have to see where a crush could lead.”

“I had a crush on a friend for years. I met him through mutual friends when we were both single, but his ex begged for him back after our first date.”

“Thanks to lack of closure, my crush lasted 3 years, and even throughout a multi-year relationship with a guy (who was a major manipulative jerk that cheated on me). But I never acted on it. Eventually, he and his girlfriend broke up, but I was still dwelling on my poop relationship. Then he moved away.” 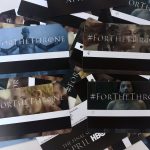 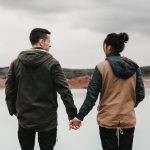