Power button symbol or ‘on/off  button’ that we find almost on every equipment we use.  But did you know from where this symbol came from ?

The reason behind this not a visual design or something legendary, the symbol originates from logic and mathematics.

If we go back in era of World War II, to decry-pt the encrypted messages of Nazi’s, a computer machine was built. It was the first time a binary system was used as computer language.

Binary system is basically a number system using zero and one to make computer/ machine understand the commands.

Thus, first generation switches came with zero and one printed on the button. Zero means off and one means on.

So the designs improved over the years and buttons converted into single push kind of button. The manufacturer want new design which go with the new button and it was the genesis of o and 1 in single drawing. They changed the named from switch to ‘power’. 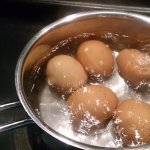 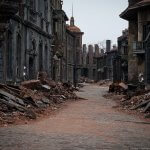