In a recent interview with Spotify’s The Rewind with Guy Raz, Nick Jonas expressed his desire to be a father.

“I definitely want to be a father someday,” Jonas mentioned. “I think that’s a real dream, and I think I have had to grow up pretty quick. With that, you could look at it two ways, you could say that was unfair, or you could say it has given me some real perspective at an early age.”

“And I have seen a lot of life at an early age and I hope to be able to share that with a kid of my own someday,” Jonas added.

It is not the first time Nick has opened up about being a father. During an August 2018 interview with Cosmopolitan, Jonas commented that it was his “goal” to become a father. “[Having a family of my own] is the goal,” the 25-year-old told the magazine. “It’s definitely something that I hope will happen.”

Jonas also mentioned that him being an uncle has helped him understand the responsibility of having children and it has made him even more excited for when he becomes a father.

“The best part about being an uncle is that it’s like training wheels,” Jonas said. “You get to spend time with these young people and have some responsibility, which is nice.”

Well, it seems like Jonas has it all figured out and is all set to start a family soon! But we have not heard anything from Priyanka Chopra on this topic off late. Can’t wait to hear what she thinks about her husband’s opinions on fatherhood!

I look with wonder at all that lies ahead.. and I’m filled with joy..

This adorable couple is stealing hearts all over the globe with their relationship and the grand ceremonies leading up to their wedding few weeks ago. Now that talks about Jonas-Chopra kids are on the table, it is only beginning to get cuter!

Wonder how mad the internet would go when there actually is a Jonas-Chopra baby to obsess over! 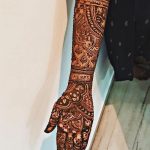 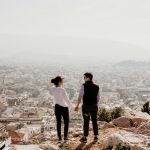