We live in a rather strange world with even stranger and more bizarre things happening every other day. The saying “anything is possible” seems to have taken on a totally new meaning in the following news report. This is the shocking story of an estranged mother and daughter pair who reunited and married each other.

The mother Patricia Ann Spann, 43, lost custody of three of her children while the children were very young. A couple of years back, Patricia met Misty Velvet Dawn Spann, 25 and they got along like a house on fire. They got along so well that they decided to marry each other as well. Such an attraction is apparently called Genetic Sexual Attraction and which can happen when estranged relatives are reunited.

But this is not all. It turns out that Patricia was married to another of her children as well prior to her marriage with Misty. According to investigators, Patricia’s son filed for annulment of the first marriage after 15 months citing “incest”.

After the annulment of the first marriage, Patricia met her daughter and did the very same thing again. The couple were arrested by the Oklahoma Police and were both arrested on charges of incest.

Incest is an offence under Oklahoma laws. According to Oklahoma state law, marrying a close relative is considered incest whether or not a sexual relationship exists. Patricia’s reaction was that she thought the marriage was OK because her name wasn’t on her daughter’s birth certificate.

Now if that is not bizarre then I don’t know what is. The pair are pictured above in matching ‘Superman’ tee-shirts 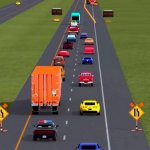 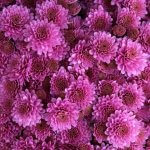