When we want to learn a new language, first we check that how difficult the language is to learn. Language is important tool if you want to communicate with others. Whether vocal or written good command over a language makes your life really easy specially when you are not at your native place. If you want to learn languages then earlier the better. It is easier when you are young and it gets difficult when you are getting older. It is said that children of age around 3-4 years can learn three languages at a time. Unless you know which language would be required you actually don’t know which language to learn. Regardless of difficult level, eventually we end up learning our native languages.

10. Croatian: It one of the recognized official languages of the European union. It is used by Croats, principally in Croatia. It hardest for people who are having English speaking background.

9. Scottish Gaelic: This languages comes from Scotland and is a Celtic language native to the Gaels of Scotland. Its origin lies in the middle Irish language. Scottish Gaelic should not be confused with Scots.

8. Polish:  Although Polish is not considered as difficult as other languages in this category. It has complicated gender recognition system which makes is difficult to comprehend. There are over 55 million Polish language speakers around the world and it is one of the official languages of the European Union. After Russian, it is the most widely spoken Slavic language.

7. Albanian: This language is spoken by the native people of Albania, Kosovo, Greece, Italy, Macedonia and Montenegro. The two main dialects of Albanian are Gheg and Tosk.

6. Icelandic: It is also rated as one of the most difficult languages to learn specially for English speakers. While 97% of the population of Iceland consider Icelandic their mother tongue. If you wanting to travel to beautiful place called Iceland be prepared for some learning curve. 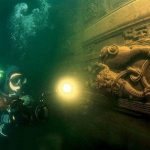 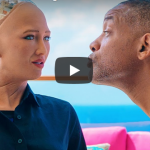