Jonathan, a Seychelles giant tortoise, is 187 years old and officially the world’s oldest animal alive! He is from Seychelles, which is an island nation. Born in 1832, Jonathan stayed in Seychelles until 1882, when he was taken to St. Helena, which is another island on the opposite side of the African continent. This island was a British colony at the time and Jonathan stayed there at the then governor, William Grey-Wislon’s Plantation House, along with a quartet of giant tortoises.

Jonathan has lived through generations of governors in the Plantation House and is still the pride of that place. According to vets, Jonathan’s vision is completely gone and he has lost his sense of smell. Even so, he is able to manage well with his touch and hearing capacity. His eating habits are also normal and healthy.

Jonathan’s species – a Seychelles giant tortoise, usually lives up to about 150 years of age, which is actually the double of an American tortoise’s lifespan.

This old chap has lived through A LOT of the major developments that the world has ever seen! He has been around for some of the most significant breakthroughs man has had in technology!

His caretaker at the Plantation House, Teeny Lucy, mentioned that Jonathan is “a grand old gentleman who has seen it all.” And this is true! This tortoise is a time machine! It’s amazing how he has been surrounded with so many different eras in a lifetime!

“Being the oldest land animal in the world, he has almost royal status here,” Lucy said. “He is dignified and interacts in a friendly way as long as people move slowly around him. We are all very fond of him.”

If this royal tortoise lives yet another year, he will be the oldest animal ever, breaking the record of Tu’i Malila, another giant tortoise that lived between 1777 and 1965.

Rooting for you, Jonathan! You are the coolest thing we’ve heard about today! 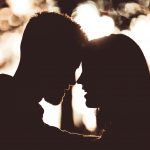 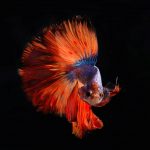