Alien Camp? when NASA conducts tests for habitation on Mars, they do it at a station in the Mojave Desert. This landscape was chosen to be most representative of another planet. This is also the place where Andrea Zettler, American sculptor, installation artist, and investigator of social practice, set up her sci-fi campsite.

Andrea has always fantasised about living on an alien landscape and keeping this sci-fi fantasy in her mind, she created the Wagon Station Encampment Joshua Tree, California in the high desert. With this in mind, she has created twelve elevated sleeping pods camouflaged amongst the boulders that surround them. These are located in Andrea’s property, which she opens up twice a year to artists, designers, hikers, campers or anyone who feels an shares her mission.

Initially it began as a “guest house” facility built by Andrea for her friends and collaborators who visited regularly. However it has since evolved into a second, more efficiently designed generation of wagons, open to the public through an application process.

When it was first started, staying at the Wagon Station Encampment had been free of charge, however, as interest grows, so does the work and effort to keep it running. Andrea now asks for a small $100 weekly fee. Watch the video below to get a better idea of what you’re in for. 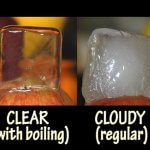