When we think of weed, the only thing that usually comes to our head is that it makes us feel all trippy and in a whole different world, or universe, if you will. We don’t really think beyond that. Well, the whole idea is to feel spaced out and relaxed, chilling without a care in the world about the drama and stress that life throws at us from time to time.

As weed (cannabis) usually makes us feel good, no one really thinks about the negative impacts it can cause to the brain. Yes, weed has some pretty messed up impacts it can hammer your brain with. According to experts, it apparently contains chemicals called cannabinoids that act on receptors in the brain that affect pleasure, memory, thinking, concentration, appetite, and coordination. Nobody really cared about this because the primary active chemical that makes us feel loopy and relaxed is THC, which is tetrahydrocannabadiol and that works well enough for us not to consider the negative impacts. Right?

Here are some of the heaviest hitting negative impacts that weed can have on our brains:

Weed can meddle with your desires to seek pleasure in relationships, hobbies, or anything to really like to do. It can take away those interests and creating a desire only for the weed.

Weed can show strong symptoms of psychosis, which includes hallucinations and paranoia. Heavy intake of marijuana can be a cause of serious mental health concerns like psychosis. This is not true for everyone, as it depends highly on the genetics of the individuals, but it is a serious threat to consider!

Research shows that use of weed at an early age, like teenage, can cause the IQ of the individual to drop low. A study in New Zealand showed that teens who started smoking weed before they were eighteen, showed a drop of IQ by eight points by the time they reached their mid-adulthood phase. 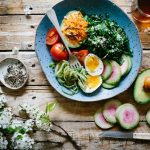 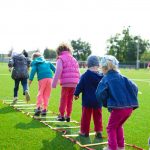