East German Trabant car was produced in 1957 and it is now mostly found with vehicle collectors. The car is lightweight because a lot of plastic is used in its body. The car was very sought after in East Germany before the fall of the Berlin Wall and even had a waiting period for the purchase of a new Trabant lasting more than a decade. Older models of the car later became popular among collectors in the United States due to their low cost and fewer restrictions on importing antique cars.

It is so light that it can even fly. A group of firefighters from Oppin have managed quite a feat by lifting up the car into the air with the help of water pressure by making use of their powerful hoses.

Due to immense pressure of water flowing through the hoses, the car was literally up in the air for some time. This video has gone viral on social media. Although a lot of water seems to have gone down the drain in the process. 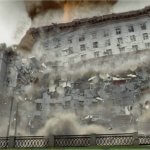 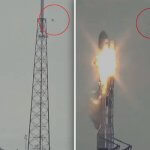