People of all ages love riding bicycles. Kids love it because this the first vehicle that can ride and adults love it because they see it as something that can help them keep fit. The biggest benefit of riding a bicycle is that it is safe for the environment and also keeps your fitness level like an athlete’s. There is actually a large number of people i.e. around 2.5 billion who use bicycle for exercise or to commute. Another benefit is that is pocket friendly, you can save lot of money while riding a bicycle.

However, while bicycles are pocket and environment friendly, if the rider is not careful, there could be some serious accidents. Though, there has been some improvement in the last few years in terms of its efficiency and adding new features to many bicycles yet there was hardly any improvement in the design to avoid mishaps while on the road.

Now,  an Investor by the name of John Aldridge has come up with this unique design called  “Bird of Prey bicycle” which overcome the shortcoming of the usual bicycle design. The present design would help to eliminate traffic injuries, which are very common while riding bicycle on traffic roads.

As you can see in the picture, instead of sitting on the bicycle, the person is lying on the bicycle and the arms in the start position. The design gives the benefit of avoiding side injuries caused by the handlebars. Aldridge says that it is the fastest and safest bike in the world. The design also helps avoiding the discomfort at the back of the rider that is caused by riding bicycle in sitting position. The new design is aimed at eliminating back pain which is often caused due to the sitting position while riding a bicycle.

Here is the Bird of Prey Bicycle in action: 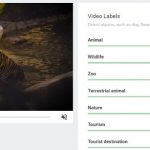 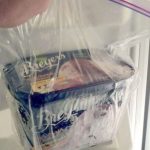