All across the globe, there are hundreds of cultures that exist. Out of these, there are various eating habits that are unique to these cultures and the concerned people groups.

While most of them may sound good and interesting, there are some very weird ones and here are probably the weirdest ones of them all!

The Japanese pufferfish, also known as fugu, is one of the most poisonous foods in the world. It has deadly tetrodotoxin, which by the way has no antidote. Japanese chefs are trained for years to be able to prepare the fish in such a way that most of the tetrodotoxin is removed so that it doesn’t kill anyone but leaving just enough toxin in it to give a tingling sensation in the mouth. The interesting part is that this particular fish is considered a delicacy in Japan!

In African history, when food and water was short for travellers who were traveling across deserts, they turned to drinking the blood of cows for their nutrition. The crazier part is that Maasai warriors in Kenya still follow this blood drinking ritual as a delicacy! They mix it with milk or drink it directly from the veins of the cows. Now, this is super weird.

In most places around the globe, burping is considered ill-mannered and rude while in public. If you burp, you’re being disrespectful. It is not quite the same in Egypt. In Egypt, burping is a compliment. Actually, one of the best ones you can give to appreciate the meal you’ve just eaten! So, when you visit Egypt, make sure you give a good burp to your hosts after they feed you a meal! 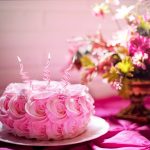 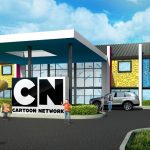