Most of us have an adventurous soul inside and are always looking for somethings which are intimidating or out of the box. So here are 10 interesting and strange places on Earth that you might not believe they exist.

#11 Jacob’s Well, Texas. Natural Spring is having 12-foot diameter mouth and 120 Feet deep. Many a swimmer has come here to swim here but unfortunately many have also died in exploring its depth. #10  Jatinga , a village  located in the state of Assam in India. It is most famous for the phenomenon of birds “committing suicide”. According to Wikipedia “the birds do not commit suicide and are actually killed, however, the myth of the suicides has spread far and wide among common people”. #9   The Maunsell Sea Forts. They were made to protect England from a apparent threat of Nazi invasion during WWII. Today, they are mostly empty and scary. #8  Centralia (Pennsylvania, United States) now a ghost town was once a busy mining town, until the coal veins under the city caught on fire which is still burning continuously right under the town. Today the city lies barren. #7  Muynak, Uzbekistan. Muynak was once a busy port city on the Aral Sea. Until the Soviets unintentionally drained the sea and today, rusted boats command the desert. #6  Oradour-sur-Glane, France. The entire city was burned and almost every inhabitant was executed by the Nazi. So sad and brutal.
Next post 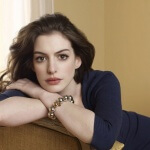 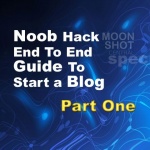