It’s crazy how some songs get stuck in our heads for incredibly long hours and it becomes next to impossible to get them out.

Research tells us that it is something called an earworm which is to blame. It is an occurrence in the head that causes a “cognitive itch” – the brain’s need to fill the gaps in a song’s rhythm. Earworms are also known as ‘sticky music’.

These are songs that have unique musical jumps and repeated notes that end up getting stuck in the head. They usually have fast tempos and a generic melodic contours overall. An example for a generic contour pattern is the nursery rhyme, Twinkle Twinkle Little Star, where there is a rise and fall in the pitch between the first two phrases.

This arrangement of rising and falling can be observed in other nursery rhymes too, which helps young children to remember them easily. It’s also seen in various pop songs. Maroon 5’s Moves Like Jagger, Lady Gaga’s Poker Face and Bad Romance are included in the most common earworms that has been named in various studies. (Bet you’re already humming one of these!)

Studies suggest that listening to a particular song multiple times or exposure to songs that are enjoying chart success turns them into earworms. But regardless of that, some songs have certain unique melodic features that inject themselves like bullets into the head.

According to experts, 98% of us get stuck on a song, or snippets of the song. Some people are more prone to earworms, those who have obsessive thinking styles. Men and women have earworms almost equally, but women usually tend to be stuck to the song longer. It is suggested that at least once a week we all get songs stuck in our heads. This phenomena normally happens when there isn’t much activity for the brain and the “itch” surfaces – in the shower, doing easy chores, while walking or travelling, etc. It is also seen that people who are musically talented experience earworms a lot. Also, images, words, and other associations from memory insert certain songs into the head.

But what do we do to get these earworms out?

Hope you’re able to get that song out of your head! 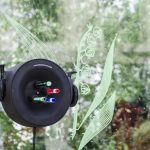 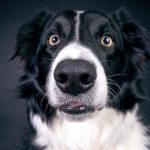