Imagine your horror if you found money in the shredder. Loads of it.

This little toddler in Utah shred more than $1,000 that his parents were saving up.

Ben and Jackee Belnap were saving the cash to reimburse Ben’s parents for University of Utah season football tickets. They had $1,060 in an envelope, which disappeared just like that.

Ben told KSL-TV the couple started searching the house when Jackee shouted out, “I found it.” She was holding the shredder.

Their 2-year-old son, Leo, helps his mom shred junk mail or important documents that they want to get rid of. Apparently, he got his hands on the envelope, and now, thanks to Leo and the shredder, all the hard-earned savings are in thousands of pieces.

The money was locked in a cabinet until it was time to pay Ben’s parents for the tickets. But as soon as they placed the envelope full of cash on the counter to deliver it, it disappeared.

“So me and my wife had been saving up to pay for our @Utah_Football tickets in cash,” Belnap wrote on Twitter. “We pulled our money out yesterday to pay my mom for the season… Well we couldn’t find the envelope until my wife checked the shredder. Yup. 2 year old shredded $1,060.”

Good news for the Belnaps is that the US Treasury has a team of experts that piece destroyed cash together again repay the amount in full. Ben contacted the Treasury Department and he said he was told to ship the shredded cash for possible replacement.

“I called the guy the next morning and he said, ‘Oh, we might be able to help you here,’ and I was shocked,” Ben said. “He said, ‘Bag it up in little Ziploc bags, mail it to D.C., and in one to two years, you’ll get your money back’.”

Jackee says the couple has learned their lesson and won’t be leaving valuable envelopes, or anything that could end up in the shredder, out again.

So me and my wife had been saving up to pay for our @Utah_Football tickets in cash. We pulled our money out yesterday to pay my mom for the season… Well we couldn’t find the envelope until my wife checked the shredder. Yup. 2 year old shredded $1,060. pic.twitter.com/93R9BWAVDE

Speaking to News4Utah, Jackee said at first she cried, but only for a minute. They couldn’t help it, they both laughed. She said as sick and devastated as they were for losing the money, it was just one of those moments when you have to laugh.

Jackee said that obviously Leo will not get near the shredder again, but she did add that it will make “a great wedding story one day”. There is no way Leo is getting out of this one! 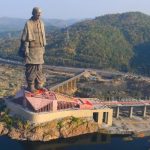