Stingray devours squid in Japan where visitor saw which was unexpected. When we go to see aquariums we usually remain peaceful and enjoy the sea life. This incident happened in Japan where visitors of Yokohama Yakkeijima Sea Paradise aquarium were witness of something they didn’t even imagine. Usually the predators and its prey are kept separate in the aquariums or any other controlled environment.

But this aquarium had both Stingray and squid in the same place and as Stingray tried to quickly finish its meal cornering squid on glass wall. The Squid tried to save itself using its defense mechanism by throwing the black ink but eventually ending up in Stingray’s mouth. This was all witnessed by the audience which didn’t signed up for this and watched all this in horror and fear. The video of this incidence was tweeted on twitter. Let us know you thoughts on incidence of Stingray devours squid. 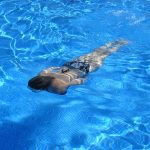 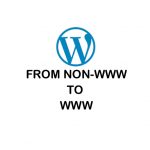