Remember the scene in Season 5 Episode 14 of The Office where Steve Carell’s character Michael Scott is taking a CPR lesson on a dummy and his instructor tells him to do the chest compressions to the rhythm of the famous Bee Gees song, Stayin’ Alive? The instructor tells the whole team that they can always do chest compressions to the beat of Stayin’ Alive.

Cross Scott, a 21-year-old car technician who lives in Tucson, Arizona was just test driving a customer’s car one day when he saw a vehicle approaching that had its hazard lights blinking. When he went over to the car, he saw a woman unconscious in the driver’s seat.

Cross quickly stopped the car wheel with a rock and tried to wake the woman up by banging on the window. When that did not help, he broke the car window with another rock and unlocked the door. He went over to the woman and saw that she wasn’t breathing. He felt the woman’s pulse and knew he had to try CPR.

Even though he had no training on how to administer chest compressions, he was certain he had to do it and the famous scene of The Office came to the rescue. He suddenly remembered that in the TV series they learn to do CPR to the beat of the song, Stayin’ Alive by The Bee Gees and that is exactly what Cross did.

Scott told the local news, “I’ve never prepared myself for CPR in my life. I had no idea what I was doing.”

But it worked! After approximately one minute of Cross giving the woman chest compressions, the woman started breathing and threw up, according to Cross.

There were two other women at the scene who called up 911 and the paramedics arrived in the next ten minutes, taking the woman to the hospital.

Cross went to the hospital to check on the woman later the same day, but he was told that she had been cleared to go, healthy and fit. It was reported that Cross was told by the paramedics that the woman was lucky he performed CPR on her, otherwise, it wouldn’t have been a happy ending.

Well, seems like The Office contributed to some serious lifesaving. 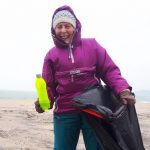 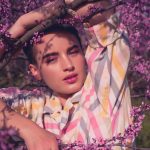