Dr. B. Ramana Rao is a celebrity. He is a cardiologist and a consulting physician who has been the doctor for great Indian personalities like Amitabh Bachchan, late Dr. Raj kumar, and many ministers of the Indian government.

But this is not what sets him apart. What makes him so amazing is his selfless passion in providing free health care services to the poor for the past 44 years through his free clinic in T Begur village in Bangalore, India. He saw the need of medical care in the rural areas of the country and how the people there could not afford it.

“I believe only a doctor can serve the humanity by curing them and reducing the suffering,” Dr Ramana Rao told The Logical Indian.

Dr. Rao opened his free clinic in 1974 and it functions on Sundays. When he had started, he saw only a handful of people a day.

Now, people begin lining up on Saturday nights to be able to see Dr Ramana on Sundays.

“Every Sunday, the number of patients varies from 700 to 1200, and we did not even miss a single Sunday”, said doctor Rao. To make sure that each patient is seen, there are 35 people in his team, including his two sons, ten dentists, six nurses, and one skin specialist. Some of the staff at the clinic are former patients of Dr Rao.

“I came here for the first time eight years ago with my mother. I started volunteering seven years ago because I was impressed and I wanted to help,” says volunteer Baba Jan.

An amount of Rs 2 lakhs is spent per week to run the clinic. “We meet most of the expense from our own resources and receive 10% as donations from generous hands. Microlab and Himalaya help me with medicines. Now, we face acute shortage of money,” Dr Rao said.

Dr Rao doesn’t just stop with medical treatment for his patients. There is also a shed that he built for them where he provides free lunch for them. Also, Dr. Ramana Rao has made 7000 toilets in the surrounding villages of T Begur village. He has adopted 50 schools in the city and provides them with resources. His team has dug borewells for water supply that connect 60 villages. He also offers clothes and rice to the poor during the festive seasons.

Since opening in 1974, Dr Rao and his team have attended to more than 2 million patients, free of cost.

The funding to run this free clinic is though a crowdfunding site Milaap. The funds raised through donations are used to buy medicines, nebulizers, injections for the village clinic.

Dr. Ramana Rao was honoured with Padma Shri for medicine in 2010 and the Dr Abdul Kalam National Award for rural medical service in 2008.

Meet the village doctor who has treated more than 2 million poor patients for free. Follow his story at bit.ly/villageclinic

Such inspirations are rare to find! 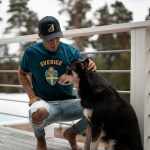 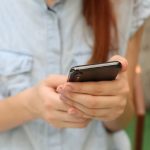