“Sometimes a slice of pizza is more than it appears to be!”, Julie wrote on her Facebook post. She and her husband, Rich, were very fond of a pizza place called Steve’s Pizza. They had been going there forever when they lived in Battle Creek, Michigan, until they moved to Indiana.

Now that Rich was really sick, on a war against time due to cancer, the couple wanted to go visit Steve’s Pizza on last time and make it the most memorable meal they ever shared in that pizza place.

“We talked about seeing the leaves and the lakeshore, but that was secondary to our planned visit to Steve’s”, Julie continued. But since Rich’s conditions were getting worse and he had to get admitted in the hospital, the trip to Steve’s sadly had to be cancelled.

“Unbeknownst to us, my dad contacted Steve’s Pizza and spoke to Dalton, a manager there,” Julie wrote. “He told Dalton a little bit about our situation and asked if the shop might send a friendly text or card to us. Without hesitation Dalton asked what kind of pizza we wanted, and told my father he would bring it to us.”

Dalton Shaffer, who took the call was the 18-year-old grandson of the pizza place’s namesake Steve.

Steve’s Pizza does not even deliver, but in this special case, Dalton, was determined to make this couple happy and grant them one of their last wishes together. He got into his car with the pizzas that were requested and drove 225 miles to Julie and Rich’s doorstep. He delivered the pepperoni and mushroom pizzas at the door, and drove away, without even taking payment for the pizzas or the delivery!

“I have already gotten a ton of phone calls from people saying they were inspired in the future to help other people and to be able to do things like that. To me, that right there is what I want,” Shaffer told CNN.

In her Facebook post, Julie went on to say with a heart full of gratitude, “I am beyond overwhelmed and humbled by this act of genuine kindness,” Julie wrote. “Dalton brought our family so much joy – and the best pizza in the world – at a really difficult time. While thank you hardly seems adequate – from the bottom of my heart, thank you, Dalton from Steve’s Pizza in Battle Creek, MI for making your epic middle of the night pizza delivery!”

Sometimes a slice of pizza is more than it appears to be! Read on for the story of an epic pizza delivery and the…

This selfless gesture has made Dalton a hero in Battle Creek and Steve’s Pizza is doing amazingly great after the whole city got to know about this special night delivery. The local paper, the Enquirer, reported that business has been booming at Steve’s Pizza. One customer told the reporter, “The whole family’s that way. They’ve got heart.”

Sadly, Rich passed away soon enough. But he did get to relish his past pizza from his favorite place, with his wife. It was surely a delight.

Yep, sometimes a slice of pizza is more than it appears to be! 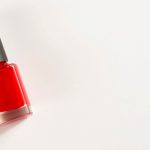 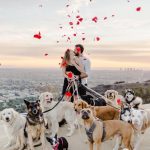