Maurice Goldstein decided he had to go all out to come up with the perfect proposal to his girlfriend, Laura Stampler. On a fine day, he took Laura hiking up the Runyon Canyon where there was a cascade of roses waiting for her, along with an a cappella group melodiously singing “Kiss the Girl” from “The Little Mermaid”.

She knew this was no simple hike date.

As soon as Maurice went down on one knee to ask Laura to marry her, and she said yes, a pack of 16 dogs were released towards the happy couple.

“It was all incredibly meaningful,” Stampler told Elite Daily, explaining hers and Maurice’s love for dogs.

Laura’s photographer friend, Rebecca Yale, was there to capture all the wonderful moments of the couple’s bliss. And the photos and videos from this epic proposal have gone viral. Most of the photographs show the happy couple being surrounded by the adorable pups. But there is one special photograph that shows the couple sharing a kiss as the rose petals are in the air, and Laura is holding onto all the dog leashes, which looks like she is holding a live bouquet. It is glorious!

According to Rebecca Yale’s Instagram post, a “bouquet of dogs” is so much better than a bouquet of flowers. Laura wrote on Twitter that releasing dogs would any day top releasing doves. Looking at these gorgeous photographs, we agree!

Some ~personal news~ I got engaged last week and it was the best, because love is great but also because there were SIXTEEN VERY GOOD DOGS (bc unleashing dogs > releasing doves). pic.twitter.com/ZqP4w1uiek

Laura also shared a video of this amazingly romantic proposal on Facebook and wrote, “I can’t imagine anything more magical. I love you, Maurice. For this and so, so much more”.

At first I thought Maurice — the guy who surprised me with a 5k-race on a date night six months into the relationship… — just wanted to squeeze a strangely timed, “easy” hike through Runyon Canyon before drinks with friends. It wasn’t until I saw the rose petals that I knew it was more. Like, a lot more. From the a cappella choir singing Disney (you can kind of hear “Kiss the Girl” over my hyperventilating!) to releasing a pack of 16 dogs after I said/sobbed yes (because dogs > doves), from giving the stone my grandpa gave my grandma a new life to bringing in one of my best friends to photograph (and one of yours to throw flower petals and take the video below), I can’t imagine anything more magical. I love you, Maurice. For this and so, so much more. And now, in case anyone wanted to see me literally sob while and attempt to hug every dog, our proposal video:

While talking about their love story to Elite Daily, Laura shared that they met in 2011, when they were still seeing other people. “I knew that we could be really compatible — but knew I wasn’t ready yet. I honestly felt like if we got together, it could be the real deal,” she said. Laura added that after a few years later they “reconnected over dating apps.”

“Anyway, I sent a very delayed response, he texted to ask me to drinks, and the rest is history,” Laura shared. “I haven’t gone on a date with another person since.”

Well, the dogs have definitely set a new standard for proposals and have proved that they can make the best proposals come to life!

While Laura and Maurice have not yet started making plans for the wedding, we are sure it is going to be an epic one.

“We don’t have set plans yet, but it will definitely be in Los Angeles where we’re both from, although we both live in New York (and met in New York),” she told Elite Daily. “I don’t know if I’ll be able to out-do a bouquet made out of puppies though.”

Wishing the happy couple the very best, and a wonderful wedding! 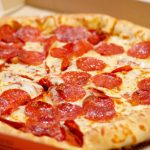 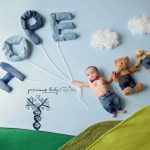