Usually in our family we just throw away the baby teeth but you will be surprised to know that you should preserve it instead.

During recent times, parents have been preserving their newborns’ blood from the umbilical cord to be used in future for stem cell. This is an expensive process, which costs families a lot of thousands of dollars for just the initial cost with a yearly fee thereafter.

It is believed that stem cells are the future cure for over 80 diseases like Diabetes, Parkinson’s, Alzheimers’, cardiovascular diseases and cancer etc. The uniqueness of stem cells is their ability to transform into different cells and they can be used to regenerate cartilage and bone tissue.

Since stem cell cords are an expensive proposition and not many people can afford it, scientists now have found a new way for harvesting stem cells from a completely different part of the body. Now, instead of just keeping their baby’s tooth for keepsake or throwing the tooth, parents can now do something better and more important with it. Within 48 hours after the tooth is extracted, the tooth can be placed in a kit sent to the dentist to preserve the tissue.

According to Dr. Michael Schmidt, Professor of Microbiology and Immunology at the Medical University of South Carolina, stem cells from teeth can save lives sooner than later. He says, “That day is not too far in the future. We will probably see it with our lifetimes where we will be able to dial a gene and figure out how we can fix what’s wrong with us.”

Many in the medical profession see stem cell as a life insurance policy for the future. Stem cells can be used to treat a person’s ailment when he becomes ill. Tooth storing, however, is cheaper than the umbilical cord blood which costs up to thousands of dollars. But it is an investment for any family. 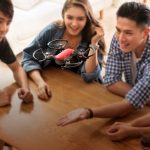 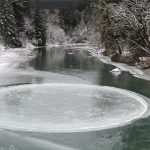