Mozilla recently released its latest version of the Firefox Browser called Firefox Quantum. According to the Mozilla Foundation, this new browser is much faster and has a better user interface.

Users who have tried this new browser highly recommend that you change your browser to Firefox Quantum or Firefox57.

The new features include major improvements in speed. According to the Speedometer tests, the new Firefox Quantum performs at a speed which is twice as fast as Firefox52 which was released six months ago.

Unlike Chrome which is famous for making your system very slow, with its new CSS engine, FIrefox Quantum enables parallel working across multiple cores. This helps by lessening the resource dependency on each individual core.

In Chrome, there is no tab prioritisation which leads to all processes going parallel thereby choking your RAM. But Firefox Quantum prioritises tabs based on the order in which they are used. Quantum prioritises the current tabs you are working on as resources which is good for both you and the computer.

According to tests conducted by Firefox researchers, it found that the new browser used about 30% less memory or RAM than Chrome. The result is that you can load more pages faster and operate at the same time. The speed of the browser is crucial for its popularity.

Quantum also comes with private browsing controls that will block ads and not keep track of user’s history.

Another new feature it Firefox Screenshots which will make it easier to cut and save any part of your browser screen.

For those who don’t understand the technicalities, let’s just put it this way: Firefox Quantum is a new browser that’s neat, loads websites faster and sports a new look.

Here’s a sneak peek to check out the new Firefox Quantum. We hope you enjoy it. 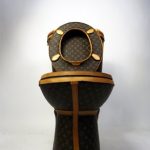