After going through the horrible pain of a miscarriage in 2017, Krysta Davis, 23, was pregnant again, but only to know after 18 weeks of her pregnancy that the child she was carrying had anencephaly, a rare condition that occurs during embryonic development where a baby is missing a portion of the brain, skull, and scalp. They do not have a functioning cerebrum and are generally born blind, deaf, unaware of their surrounding and unable to feel any pain. Davis was told that her baby would live just for a few minutes if she decided to give birth.

Davis and her boyfriend, Derek Lovett, who live in Cleveland, Tennessee, had even decided to name their child Rylei Arcadia Diane Lovett.

“It was definitely shocking. It was a huge heartbreak knowing that we’d miscarried previously and were having complications with this pregnancy. It was really hard to take in,” Davis said in an interview.

There were two options that Davis was given by the doctors – they could induce labor and deliver the child immediately, or Davis could carry the baby to term and then donate her baby’s organs. It was a very tough decision to make, but Davis and Lovett strongly felt that they don’t want any other parent feel the agonizing pain they were going through and thus decided to carry Rylei to term and donate her organs.

Rylei was born at 40 week and two days.

“She came out star-gazing. She was born face-up,” Davis says. “It was the most overwhelming feeling of love that I’ve ever felt in my life. Laying eyes on her, I never knew that I could love someone so much. It was insane.”

It was a miracle that Rylie survived a full week after she was born. Davis and Lovett spent all the time they could with their daughter and were thankful that they could.

“It was absolutely amazing going from knowing we were maybe going to get 30 minutes with her at most to having a week with her was more than we could have ever expected or imagined,” Davis added. “We were able to fit an entire lifetime of love into that one week with her that wasn’t promised to begin with. She just smiled the whole time. She was such a good baby.”

Davis mentioned that Rylei never cried, but just once on her ast day when she wasn’t able to breathe well. “It’s like she was fighting to give us more time. It was amazing,” Davis said. “She surprised everyone by being alive for that week.”

Rylei’s lungs were given to a research hospital and her heart valves were given to two children. “It’s been really hard coming to terms with the fact that she’s really gone. But it’s also been a great month that we’ve got to share her story,” Davis said. “It’s helped a lot to be able to help other women in our situation and hear their stories. It warms our hearts to know that [Rylei’s life] will give two other babies a second chance at life.” 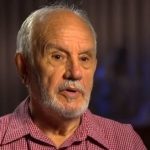 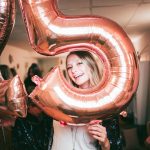